The French Bulldogs are cute, tiny and adorable domestic dogs. These amazing pooches are fun-loving and can be quite overprotective of their owners.

It goes without saying that these beautiful pooches come in a variety of French Bulldog cross breeds as described below.

French bulldog cross breeds – Do you know how many different types of French Bulldog crossbreeds there are?

The Blue Sable French Bulldog has a fawn coat of blue-tipped fur on the back.

This Frenchie crossbreed has a combination of dark and white hairs. The white hairs are invisible and sometimes difficult to see.

This is a cute crossbreed with a white coat, consisting of several dark patches and a small patch around one eye.

A dark coat with lighter-hued strands characterizes this Bulldog breed with a French origin.

The dog’s head, chest, neck, and toes are often covered with white.

Additionally, this strong pooch has a beautiful mixture of brown and tan colouration that makes the pet’s coat look similar to the surface of a carpet.

Black Frenchie is the most common species of French Bulldogs. Most people have this cute, little pooch with a dark coat.

This is the cutest dog with a white coat, featuring a coat with a range of dark patches as well as darker shades throughout.

Some dogs have a dull shade around one eye, whereas some, spots on their feet.

Others have several separate patches or a black shade around the face and back areas.

Tiger Frenchies have a coat that resembles that of a tiger. These adorable Frenchies are not so common, though, with only a small fraction of pet owners that own these pooches.

This amazing breed has a wide range of tan-coloured coats from a golden tan, creamy and dark reddish tan.

In addition, these French Bulldog crossbreeds have a dark face as well as ears.

Also characterized by a smooth colour without Brindle pattern.

Sable French Bulldog crossbreed with dark hair strings can be confused with the Black Brindle Frenchie due to their similar coat colour.

This is a rare French bulldog crossbreed, which results from the inheritance of diluted parental genes.

These genes affect the black colour pigmentation inherited from the parents, turning it into a blue-grey pigmentation.

Rare French bulldog crossbreeds are often susceptible to a variety of poor health conditions due to a genetic disorder called “Color Dilution Alopecia“.

This condition causes hair shaft problems in these dogs, resulting in stunted hair growth that eventually leads to hair loss as well as baldness.

Discs could begin pushing on nerves, causing even more pain to your cute, little pooch.

Consult your Veterinarian for a suitable remedy for managing the intervertebral disc disease symptoms.

Characterised in Frenchies by constant pain, stiffness and paralysis symptoms (in the worst-case scenario) whereby some dogs may experience symptoms whereas others may not.

Just like human beings, French Bulldogs can develop arthritis too. This condition typically affects dogs that jump up and down too often.

Literature material is available that is supportive of the palliative use of cannabidiol oils for pets on the basis that this oil is apparently useful for alleviating the effects of arthritis in these dog breeds.

The logic is that the CBD oil has natural anti-inflammatory properties, with the potential to calm the endocannabinoid system – the system known to produce pain and inflammation associated with arthritis.

The Frenchies Bulldogs are cute, tiny and adorable domestic animals. These amazing pooches love to have fun and protect their owners.

Nevertheless, these beautiful pooches come in more than ten different cross breeds as described above.

It goes without saying that these dogs are vulnerable to three particular ailments, that is, arthritis, intervertebral disc disease and hemivertebrae characterized by weakness, pain, inflammation, stiffness, and sometimes paralysis.

With all the dog health conditions discussed in this post, the advice is for you as a responsible dog owner to consult with your Veterinarian to discuss the health problems and to identify suitable remedies. 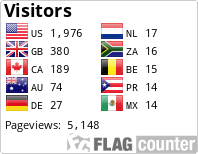